Yes, it's been a long time since the last post. What can I say, I've been busy! If I were to leave a post up for six months, at least it was one as awesome as the preceding entry. That being said, back to Italy journals!

Day Three in Florence started out giddy and happy. Wendy and I were having a grand time! Witness the expression on her face: 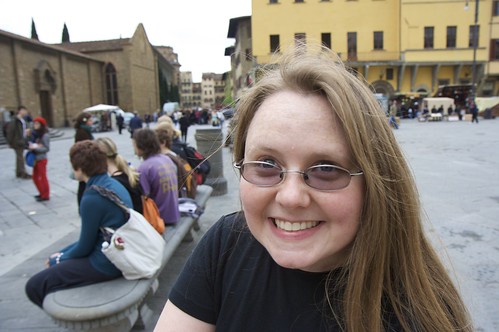 Why was she so happy? She had acquired a lily pad frog! 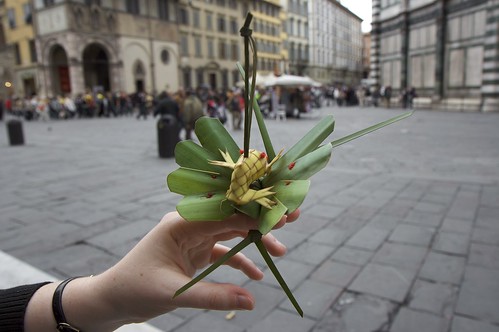 We carefully wrapped up the specimen in my camera bag and proceeded onwards to the Basilica of Santa Croce. There was actually a sizable line when we arrived as a large Italian school group had managed to usurp us (by virtue, I'm assuming, of alarm clocks. We were on strict "no alarms unless necessary" vacation rules).

The fascinating thing about Santa Croce isn't its beautiful outside (like most of Florence, these are just façades from the 19th century). Instead, there are a surprising number of notables entombed within. Galileo, Michaelangelo, and Raffaello all have their final resting places here. Other legends have markings here but are actually buried elsewhere - Dante and Enrico Fermi. 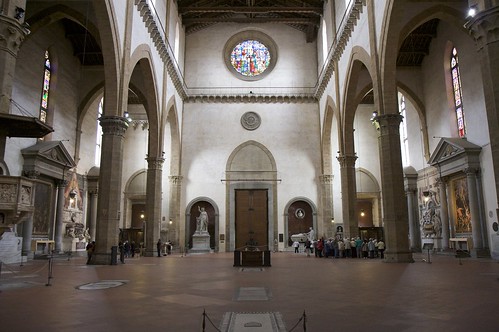 Some of the tombs are amazing ornate and worshipful. Others express beauty and sadness with more simplistic statues: 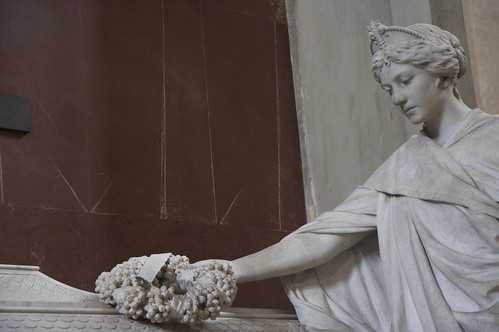 Afterwards we ambled around and eventually decided to climb the campanile. For the record, Wendy has slight acrophobia. She was a trooper, even if a sad one at the top: 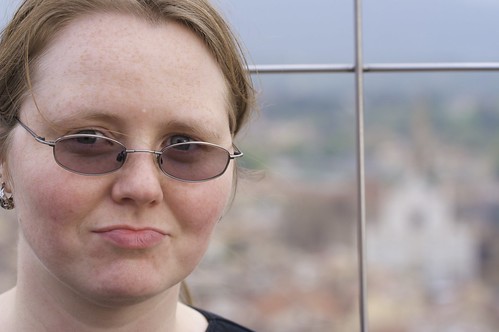 However, even she agreed that the view was well worth the exertion: 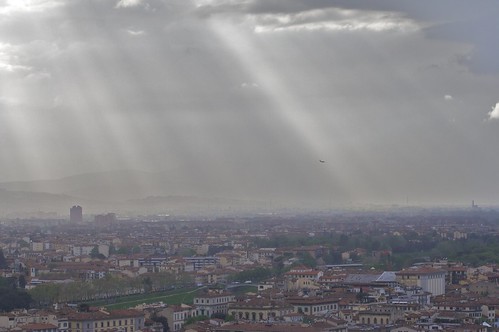 As always, there are more photos in the Florence set. This day concluded our stay in Florence. Tune in next time to hear about my favorite location in Italy, and perhaps anywhere else that I have travelled... which is no small sum of places.