So one of my closest college buddies, Dan Salz, was getting married in Ithaca this past July Fourth weekend. He and Jessie had an amazing wedding in front of Taughannock Falls. The day before the wedding Wendy and I drove out to Buttermilk Falls State Park and hiked up the trail to the far side of the falls a little bit. It was fascinatingly beautiful: 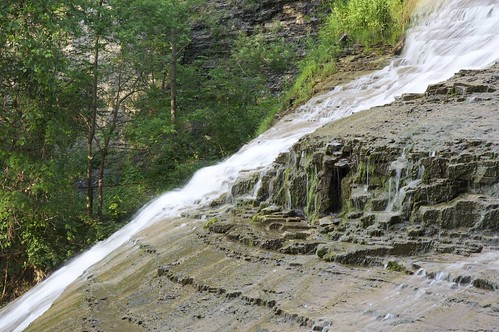 I started shooting shots of Wendy in front of the falls using a fill-flash. It was having a lot of fun - both the camera and the flash were on full manual. Digital cameras are awesome - I was able to check each shot until I got what felt like a good balance, but the light was constantly changing, so I kept on having to readjust: 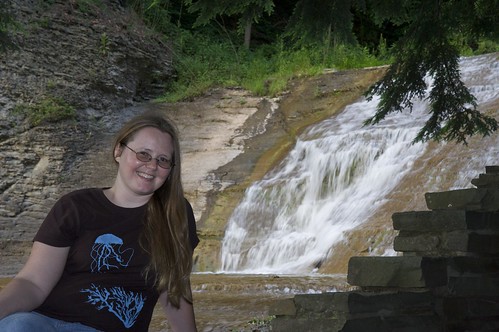 We were joking around and having a really good time when I made some quip like "[blah blah] when we're married [blah blah]" to which Wendy replied "You'll have to ask me first." I said, "OK, well, actually...," rambled for a bit, and eventually dropped to one knee and asked. She had the happiest, brightest look in her eyes and said, "Yes!" Happily staged photo follows (camera perched on a stump, but the emotions are evident). 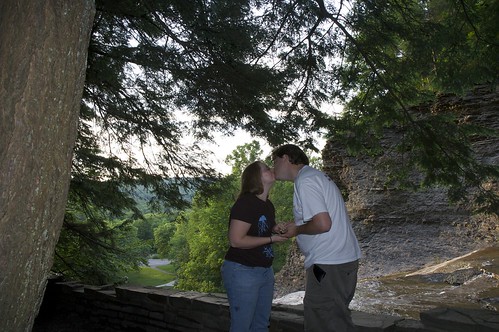 Afterwards we headed back to the hotel and stopped off to watch a beautiful sunset. Wendy was incredibly happy... 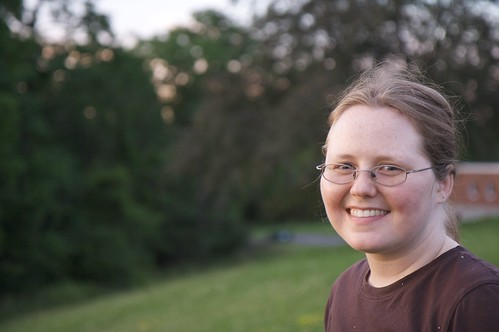 ...because we got the opportunity to enjoy the after-engagement bliss with this magnificent sky: 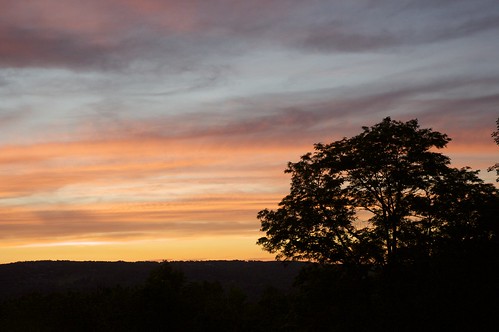 So we're getting married! Mr. and Mrs. Pfile, say hello to your incredibly happy and weird future son-in-law: 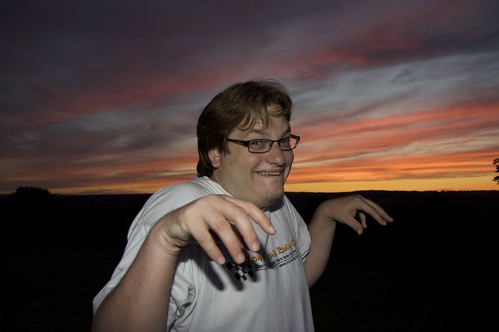